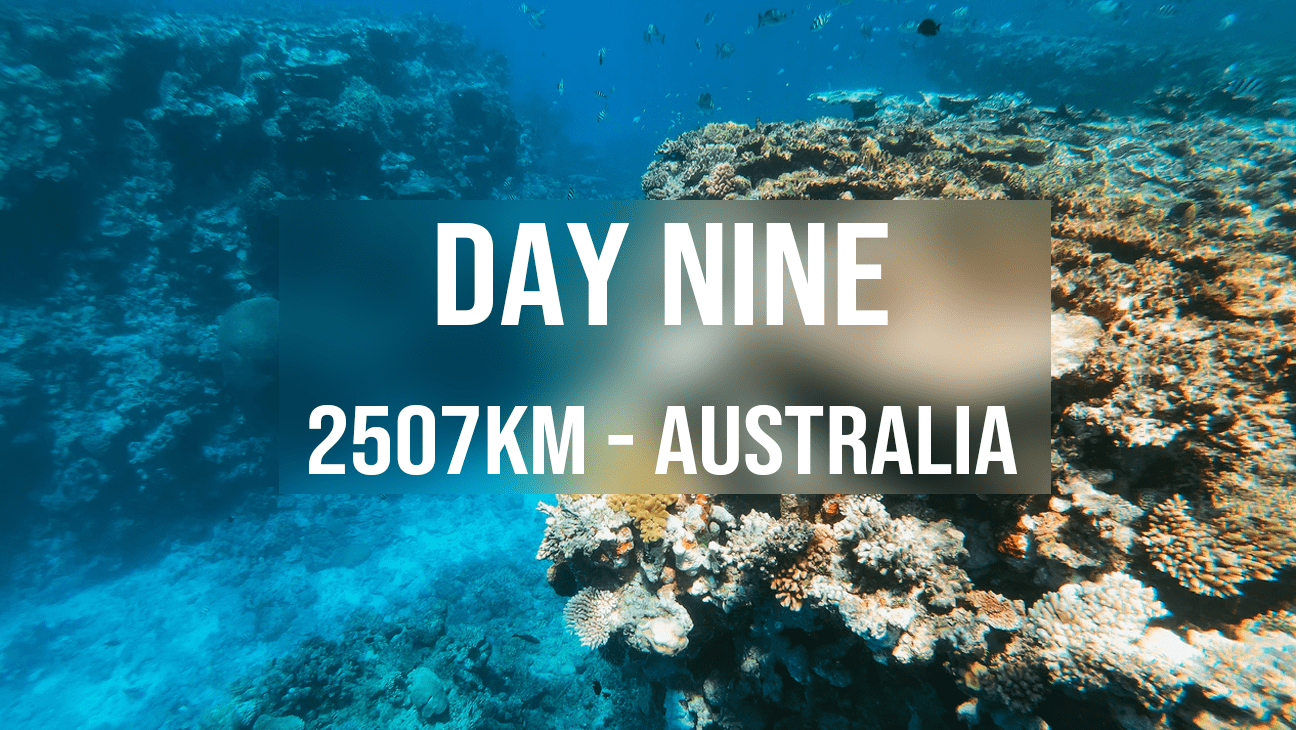 Despite the soaring temperatures, rough terrain and lack of water, the team has somehow still managed to put in their best journey to date, hitting a whopping 2,507km for the day. A fantastic effort by everyone involved, that’s roughly 1.75 times the journey from Land’s End to John O’Groats, or in our case nearly covering most of the journey across the vast terrain of the Australian outback. A special congratulations to Ashley Hill for being the first rider to break the 200km (nearly 125 miles) barrier, in one day (and one ride)!

Australia is known for its stunning coastlines, beaches, wildlife and much more. On our journey across the outback, we’ve seen the famous Sydney Opera House, Bondi Beach, The Great Barrier Reef, Uluru-Kata Tjuta National Park, Koalas, Kangaroos and the Aboriginal culture. It’s fair to say that with its fantastic weather and stunning countryside, Australia has one of the most rewarding lifestyles in the world.

The famous Great Barrier Reef lies off the coast of Queenslands (on the east coast) and is the worlds largest coral reef system, spanning over 2,300km and encompassing 900 islands with 2,900 individual coral reefs. Cited as one of the seven natural wonders of the world, the area is known for the billions of vividly colourful coral polyps that populate the reef and the extraordinary diversity of life. This includes over 30 species of cetaceans, 6 sea turtles, 1,500 species of fish, 49 mass spawns, 17 snakes, 215 birds, 125 sharks, crocodiles, dugongs, stingrays and skates and many more. Sadly, however, the amazing biodiversity of species are now at risk due to rising ocean temperatures due to global warming. The rising global emissions of greenhouse gases are causing an increase in sea temperature, which has a multitude of impacts, including destructive marine heatwaves.

Aboriginal Australians are the indigenous inhabitants of mainland Australia, Tasmania and the Tiwi Islands. Known for their rich cultural history with rock art, carvings and love of music played mainly through the didgeridoo, they are the original inhabitants of the land. Australia has a complicated history with the Aboriginal people, ever since the British invaded Australia for settlement in the 18th century. An estimated 1million Aboriginal people have now been reduced to around 60,000, making up 3.1% of the Australian population. They continue to have a spiritual connection with the land, passed down through the traditional practices of their ancestors.

The Torres Strait Islands are a group of 274 small islands that lay in the Torres Strait, the area of water that separates New Guinea and Australia. Torres Strait Islanders hold strong artistic values within their culture, specialising traditionally in sculpture, printmaking and mask-making. It’s estimated that now 4,500 people live on these islands.

Day Eight: Australia We're firmly into the journey now and have moved into the second…

Day Three: Iran Day three took us out of Iraq and through the arid deserts…