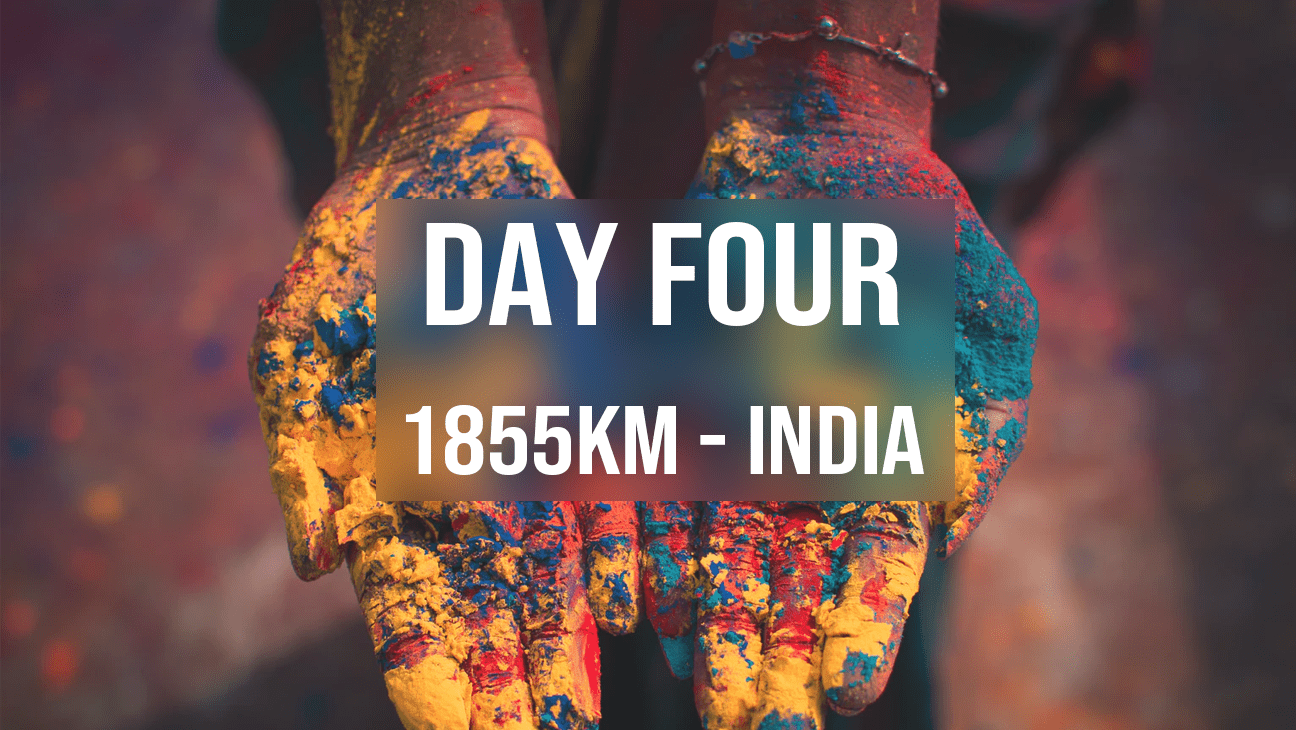 After the crew crossed the Arabian Ocean (rowing of course), we hit the shores of Mumbai and entered into India, one of the most populous and unique countries on earth. With over 1.3billion people, India is a kaleidoscope of cultures and diversity, of food, people, religions and landscapes; From the bustling cities of Delhi, Kolkata and Mumbai to the frozen summits of the Himalayas, the beaches of Goa and the tropical greenery of Kerala, every part of India offers something delightful and interesting.

Today the team reached a grand distance of 1885km, still travelling well ahead of their daily and overall target. A trip through India would be a special experience, not only for the sights and sounds, but the people, who are undoubtedly some of the friendliest on earth.

As such a large and diverse country, it’s impossible to sum up India in one blog post. Instead, we have looked at a couple of positive lifestyle aspects that have influenced well-being here in the UK.

Meditation is the process of training your mind to focus and redirect your thoughts. There are many different types of meditation but most prevalent in India is Anapanasati, meaning “mindfulness of breathing”. The benefits of meditation are reducing stress, controlling anxiety and enhances self-awareness. Meditation isn’t easy to master, but it is a powerful tool for getting in the right headspace and focusing on the right things in your life. It also helps to lengthen attention span, and in India, in particular, they implore the benefits of helping to generate kindness, improving sleep and even decreasing blood pressure.

Yoga was initially practised by the Indus-Sarasvati civilization in Northern India over 5,000 years ago. First mentioned in ancient sacred texts called the Rig Vida, yoga combines, physical, mental and spiritual disciplines, focusing on strength, flexibility and breathing to boost both your mental and physical wellbeing. The benefits of yoga include increased muscle strength and tone, improved respiration, energy and vitality. You can see some of Dan and Foxy’s stretching and movement videos on our Youtube Channel, which use some of these principles in their work.

31% – 33% of Indians are vegetarian according to a survey in 2014. Making it the highest vegetarian per capita in the world, compared to only 7% here in the UK. There are many theories behind the reasoning for this include religious, culture and agricultural. India has some of the most fertile lands of anywhere on earth and the costs of producing vegetarian dishes will also be a factor. If you’ve ever been to India and had one of their vegetable curries, you’ll also see why, as they are often just as flavoursome as the meat ones, if not more! Here in the UK, Vegetarianism is a growing trend (aswell as Veganism) and the benefits of plant-based diet include the reduction of heart disease and reduced chances of obesity, reduced blood pressure and a lower risk of type 2 diabetes. Its not for everyone, but many people are now starting to look at a more ‘flexi’-tarian diet to gain some of the benefits.

Day Twenty-five: France We are nearly there! A scramble over the Atlas Mountains, a quick…

Around The World challenge