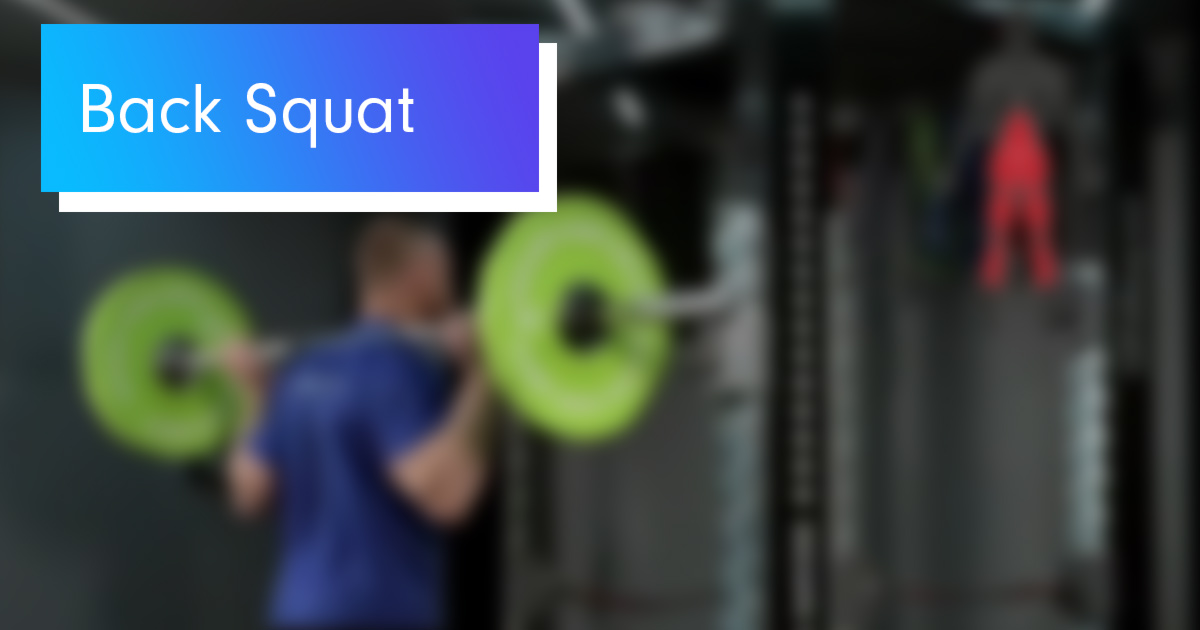 In our new blogging series here at Elevate Fitness, we’re going to give you a run down of some of our classes. This week, we’re doing the Back Squat, from Workout Of The Day.

Many people have a love hate relationship with squats, they know they’re good for them and they should be doing them, but some how don’t manage to build a strong relationship with the squat rack.  It’s a sad day when you’re benching more then you’re squatting and I see it more often than not!

I love the squat, I probably wouldn’t say it at the time, but there is something intrinsic that feels so good having a heavy bar on your back and squatting down and then standing up again.

What are the benefits?

The squatting movement when analyzed has close specificity to many everyday tasks, such as lifting packages and picking up your children.  Research has also shown that the squat has an indirect correlation to countless other chores and hobbies that you do everyday.

A majority of daily activities necessitate the simultaneous coordinated interaction of numerous muscle groups, which the squat is considered one of the best exercises for improving quality of life because of its ability to recruit multiple muscle groups in a single manoeuvre.  The squat and its benefits not only mimic everyday tasks, but squats have biomechanical and neuromuscular similarities to a wide range of athletic movements, which is why squats are included as a core exercise in many sports programmes designed to enhance athletic performance.

The squat also benefits people after joint-related injuries by strengthening the lower-body muscles and connective tissues.  As well as being used for treatment of ligament lesions, patellofemoral dysfunctions, total joint replacements, ankle instability and rehabilitation of ACL injuries.

Hopefully the squat is starting to sound a little more beneficial and worth taking the time to learn it properly.

The squat begins with an upright position, with knees and hips fully extended (standing up basically).  You then squat down by bending (flexing) at the hip, knee, and ankle joints, down to the desired squat depth.  Then you reverse the direction and stand back to the upright position again, BOOM!! You’ve just done a squat.

The squat is a hugely dynamic movement and recruits most of the lower-body musculature, including the quadriceps femoris, gluteus maximus, hip extensors, hip adductors, hip abductors, and triceps surae.

But whilst the lower-body is doing all the work the rest of you has not gone to sleep.  The rest of you has actually got to work really hard to support and stabilize your trunk and posture, the muscles doing this include the abdominals, erector spinae, trapezius, rhomboids, and many others.  It is also estimated that over 200 muscles are activated during a squat.

Some research has also shown that the exercises that cause the greatest activation of the truck muscles are actually the squat and deadlift, and when you see the activation levels compared to your tradition abs workouts, it definitely makes you rethink your training.

Everyone also seems to be focused on getting their ass to the grass and truth be told many people lack the mobility to get down there without causes lumber flexion.  Yes the deeper you go the more glute activation to get, but I would much rather see a quality squat to a depth where you’re comfortable and not flexing your lumber spine.

Some people do find squatting uncomfortable due to mobility issues, but just like anything, you can build your way up to full squatting.  Just because you can’t squat today doesn’t mean you won’t ever be able to squat.  There are plenty of modifications that can be made, which will point you in the right direction toward squatting properly and consulting a good coach is a great place to start.

Check out our Instagram Page @elevate_fitness_uk for more guides and instructional videos.

If you want to learn more about Elevate Fitness, come along to one of our fitness classes or get one-to-one support from our personal trainers, such as Dan!

The kettlebell swing is a deep hinge movement, which is utilising hip as its hinge…

We're back once again to bring you another blog in our Let's Get Technical series.…

We're back once again to bring you another blog in our Let's Get Technical series.…